Update (Jan. 2020) - The following is a helpful resource on the background and legal context of the PSSA trial, written by a former lawyer: https://manitoba-pssa-ontrial.com/.

Update (Nov. 2019) - This fact sheet contains information on both Bill 28 and Bill 2, which was introduced in the fall of 2019:  Public Services Sustainability Act Fact Sheet - Manitoba Federation of Labour 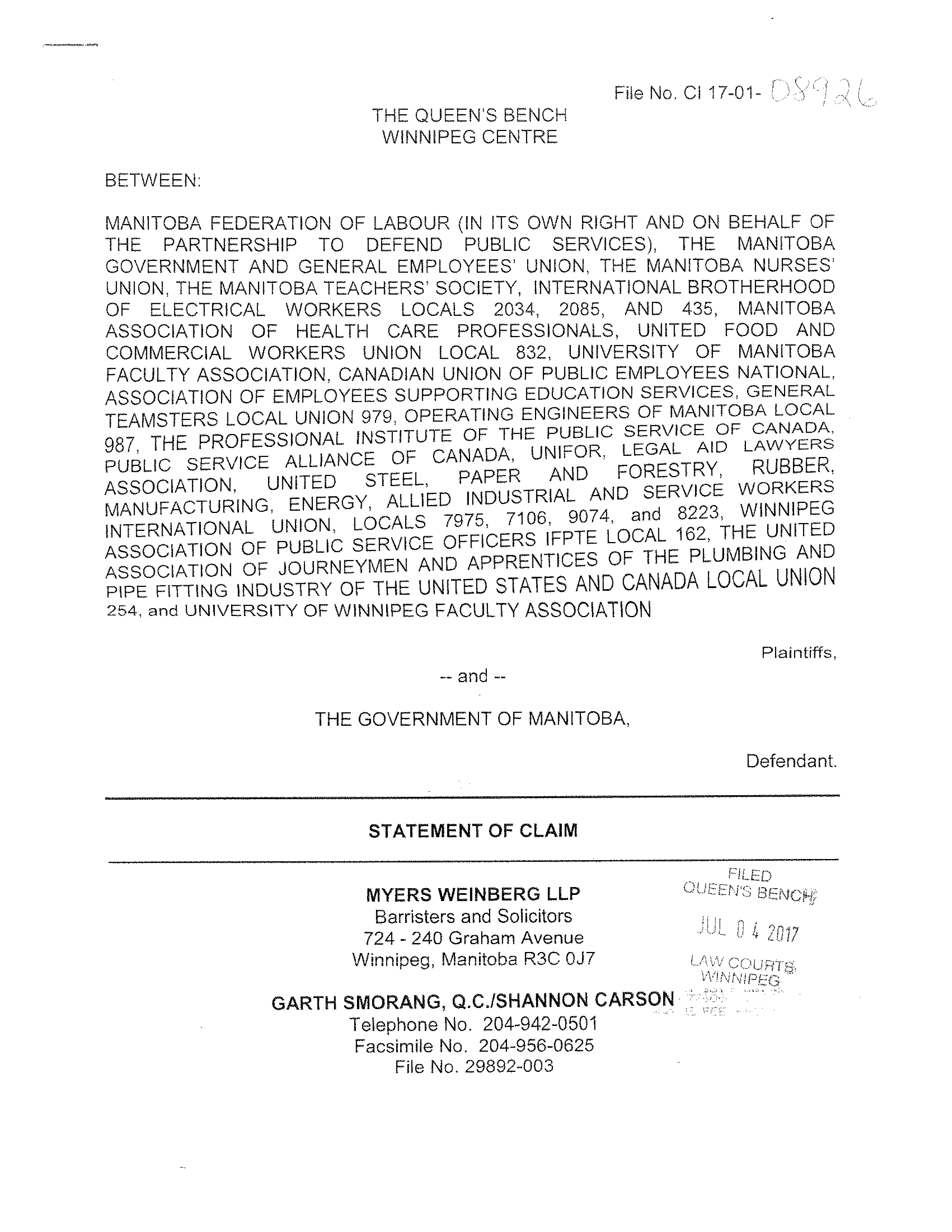 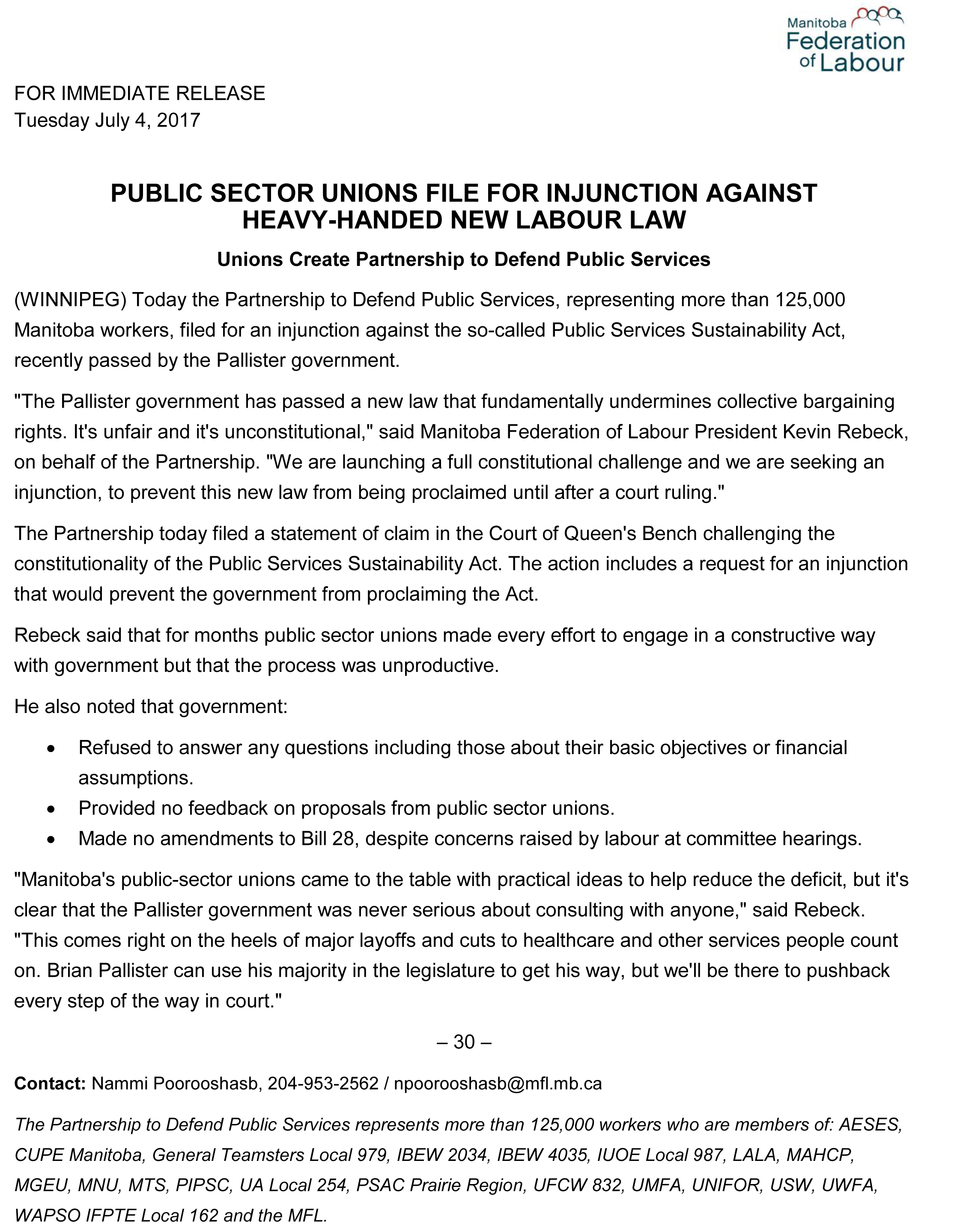